Posted on February 19, 2012 by Jonathon Thigpen 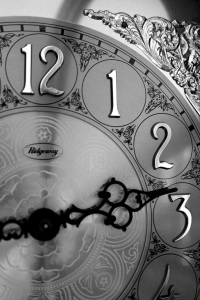 Well, here is the last of my morality tales for the time being.  I hope you have enjoyed reading them as much as I have enjoyed writing them. This one has special significance to me. It is actually based off of a song that my brother wrote about a person that put an ad in the newspaper looking for a coffee companion. Mike asked me to write a story for his song in exchange for him writing a song for one of my stories. Here’s the song: http://www.youtube.com/watch?v=BKAqzRw2qIQ&feature=share

And just for good measure, here’s a shameless plug for his facebook page. You should like it. https://www.facebook.com/doubtfulsound  Read the story, listen to the song, and let me know what you think. Hope you all have a wonderful week.

There once was a lonely man named Richard Solus. No one knew Richard’s story,

because he never told it to anyone. He thought that no one would want to hear it.

that the only people worth knowing were the ones that would seek him out. He also

never talked to strangers if he could avoid it. He had convinced himself that he was

indeed an island, regardless of what any of the poets said.

Richard lived on, year after year, content in his isolation. He had a nice house and

made the best watches in the business and that was enough for him. Interactions that

would not yield profit were an absurdity to him. Whenever coworkers invited him for

a pint, he grew nervous and found an excuse to serve as a cordial refusal. In his mind,

time spent socializing was nothing short of a wasted opportunity.

The lonesome watchmaker went on in this way until one golden morning in June.

On that bitter, but beautiful, morning he sat in the office of his physician and listened

quietly as he was told that a potentially lethal tumour had grown within him. The grey

walls, furnished only with a calendar and a painting of a sailboat, seemed to crowd

around him as though observing his reaction. He cursed the sunny day, which seemed

all the more irreverent simply because it was beautiful. Beauty itself seemed

loathsome to him at that moment.

Richard sat stricken with disbelief, half angry at the world for not taking the time

to mourn for him, or even notice him, and half too broken to care. In a moment he

discovered that all he really wanted was a friend to share his last moments with. But

alas, he did not know where to start, for he had no one left whom he had not pushed

away, and talking to a stranger seemed impossible for him.

After several failed efforts at reconnecting with former friends, Richard placed an

ad in the newspaper out of desperation. He needed someone, anyone, to share his

thoughts with, just a person to listen to him. The ad was just asking for a companion

to have a cup of coffee with him. His loneliness had found no other outlet, and he

prayed, perhaps for the first time that decade, that this last try would not fail him.

At last, after a week of waiting, a man by the name of Scrubs responded. They

were to meet on the 3rd of August, in a small-town coffee shop nearby. Even though

it was only a few blocks from where he lived, Richard had never set foot inside of it.

There were so many things that Richard had never done. For a man that had lived

such a long time, Mr. Solus had done very little living, but now he was almost ready

When the day came, Richard was ready, although nervous to the core. He enjoyed

the walk to the coffee shop in the wet fog, and thought about where he would begin.

The building was aged, and quaint, painted a deep shade of blue, with large windows.

It was the very sort of place he would have disliked only a month ago, but now felt

himself drawn towards. He let the anticipation sweep over him, breathed deeply, let

out a wry smile, and grasped the old brass door handle. He went inside and at last

understood that if you never talk to strangers, you will never make any friends at all.

I am a student, writer, photographer, traveler, teacher, and Lego enthusiast, who is endeavouring to be a man after God's own heart.
View all posts by Jonathon Thigpen →
This entry was posted in Community, Redemption, Uncategorized and tagged Beauty, Belief, Christianity, Coffee, Fiction, Friendship, Prayer, Short Stories, Thought, Writing. Bookmark the permalink.